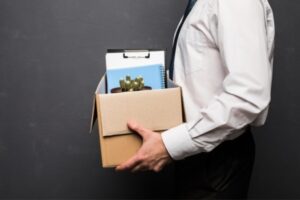 With a downturned economy comes an increase in unemployment. That, in turn, leads to an explosion in the number of New Yorkers who are drawing unemployment insurance benefits.

This rise in beneficiaries puts a strain on the government’s resources, and as a result, the Department of Labor has initiated a major crackdown on perceived unemployment fraud.

That leads us to the situation we find in The Bronx today — an economy that is still fighting to recover from recession, and goodhearted people who are still working hard to keep themselves afloat in tough economic waters.

Unfortunately, too many of those people now stand accused of defrauding the government because they’ve been unfairly swept up in an overaggressive attempt to “crack down” on suspected fraud.

The reality is this: Like most governmental and bureaucratic efforts, the unemployment insurance program is complicated and confusing. It provides an essential benefit to the public, but the average person might easily make mistakes while trying to navigate the system.

After all, unemployment beneficiaries are people who are already having a tough time. They have more important things on their plates — like trying to put food on their plates — than dotting every ambiguous “i” and crossing every red-tape “t.”

Accordingly, we see the government go after “abusers” in common situations like these, among others:

Or perhaps you simply made an error in judgment that has now become a much bigger threat to your freedom and financial security than you ever imagined.

Whatever the case may be, you deserve an aggressive criminal defense. At the Law Offices of Jason A. Steinberger, LLC, you will find experienced legal counsel that can make an enormous difference in the outcome of your case.

We are not here to judge you. On the contrary, we care about what happens to you, and we want to stop the government from punishing you with unfair or excessive penalties.

No one ought to be kicked when they’re down. Attorney Jason A. Steinberger is here to fight for your rights and do everything possible to minimize your penalties and achieve a dismissal of the charges against you.

How We Defend Against Criminal Unemployment Fraud Charges 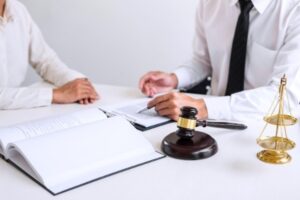 The government may charge you with a crime, but that doesn’t mean they’re able to prove it beyond a reasonable doubt.

In fact, prosecutors have a hard time securing convictions in these cases. That’s because they must prove that the fraud happened and that you intended to commit the fraud.

That element of intent is a crucial protection for people accused of unemployment fraud in The Bronx, and we’re here to fight for that protection on your behalf.

We know how to defend against these charges. We’ve helped many New Yorkers just like you successfully avoid or defeat prosecution for criminal unemployment fraud in The Bronx.

But you can’t count on the criminal justice system to protect you on its own. People who represent themselves, or who trust underequipped lawyers, often end up behind bars — whether they deserve to be there or not.

Don’t let the government take advantage of you. They create these forms, and then they try to put you behind bars when you have a hard time following them. It’s unfair.

Please Call Us Right Away

Even if you haven’t been charged with a crime yet, if you suspect that you are the subject of an investigation into possible unemployment fraud, you need an experienced and aggressive defense legal practitioner on your side as soon as possible.

At the Law Offices of Jason A. Steinberger, LLC, our goal is to defend your reputation, bring intrusive investigations to an end, and convince the prosecution that it is in their best interest to drop the charges against you. Often, we’re successful. In the event that the charges still stand, we are prepared to make a compelling and effective defense for you in a court of law.

Thousands of New Yorkers have entrusted Attorney Jason A. Steinberger with their criminal defense, and for good reason. He’s ready to fight for you.

The stakes are high. Your freedom is on the line. Hiring the right lawyer may be the most important thing you ever do. Please call our office to talk with an experienced Bronx unemployment fraud defense lawyer today.