Being charged with domestic violence can be embarrassing, frightening, and overwhelming. The consequences of a criminal conviction limit the opportunities of millions throughout the nation. From court costs and fines to anger management classes and protection orders, domestic violence charges carry some of the most significant ramifications. As a Bronx domestic violence attorney, Jason A. Steinberger has over a decade of legal experience and is qualified to take on your case.

Do not let your frustration or confusion prevent you from contacting a Bronx domestic violence lawyer about your case. There may be valid legal defenses that you can use. Contact the Law Offices of Jason A. Steinberger, LLC, today so we can start fighting on your behalf.

What Is Domestic Violence in New York?

If there is an order of protection against you, our experienced Bronx domestic assault lawyer will ensure you can pick up your belongings and retrieve a plan for visitation if children are involved.

Certain defenses are available to defendants charged with domestic violence.

New York law allows a person who is being assaulted to protect themselves. Thus, domestic violence charges you receive as a result of defending yourself from another person’s attack will not hold up in court. An experienced Bronx domestic assault lawyer can help demonstrate why your defense of yourself was reasonable under the circumstances.

New York law permits individuals to step in to defend a person whom they reasonably believe is in danger of being harmed. Thus, if you were charged with domestic violence while attempting to defend your child or other family members from harm, you may have a valid legal defense.

There are two sides to every story. Often, in the context of domestic violence prosecutions, those sides get mixed up in law enforcement’s attempt to make charges stick where they shouldn’t apply. It is important to have a knowledgeable Bronx domestic violence attorney to represent you during this time.

A Lawyer Can Stand up for Your Rights

No one condones domestic violence. It is a terrible part of our society, and we must all work together to end the bad behavior of criminal batterers and aggressors.

But terms like “batterer,” “abuser,” and “aggressor” are frequently misconstrued when it comes to criminal prosecutions. The same goes for much of the vague and oft-misused terminology that fills New York’s domestic violence statutes.

Anti-domestic violence laws have expanded considerably over the last thirty years, often with the very best of intentions. But as is often the case when police are granted new powers, those good intentions are run awry by overaggressive arrests and prosecutions.

Domestic conflict is an inherently complicated and sensitive situation. Nearly every couple argues from time to time, and in some cases, those arguments get out of hand. Unquestionably, those conflicts can cross an unacceptable line, but whether or not someone has crossed that line is not always clear in the emotional haze of a domestic dispute.

Too often, the police accept one side of the story without fully investigating the other. They sometimes jump to conclusions, and as a result, innocent people face the terrible accusation of false or exaggerated domestic violence.

The State Has to Prove Charges Beyond a Reasonable Doubt

Remember that if you are facing criminal domestic violence charges in New York, the state is trying to put you behind bars. They may very well ruin your reputation along the way. But before they can do that, it is their burden to prove beyond a reasonable doubt that you specifically meet and each every element of the criminal statute they’re charging you with.

As a Bronx domestic violence attorney, it is our office’s job to hold the state accountable to its burden of proof.

Your Lawyer Is on Your Side

At the Law Offices of Jason A. Steinberger, LLC, we are not here to judge you, your significant other, or your relationship. Our Bronx domestic violence attorney is simply here to stop the government from ruining your life. While we deplore true domestic violence, we’re committed to defending those who need a legal advocate by their side.

We pride ourselves on creating a safe zone in our office where anyone in need of a strong and vigorous criminal charges defense can come for strategic representation and honest advice.

Q: Can I face jail time for domestic violence in New York?

Yes. All domestic violence charges carry jail time in New York. The amount of jail time you are facing depends on whether you have been charged with misdemeanor domestic violence or a Class A, B, C, D, or E felony. In New York, the maximum jail sentences for felonies range from four years to life behind bars.

Q: Can I face fines for domestic violence in New York?

Yes. Similar to jail time, the fines you are facing depend on the severity of the charge (or charges) against you. Fines for misdemeanor domestic violence can be up to $1,000, while felony charges can carry tens of thousands of dollars in financial penalties.

Q: Can the judge prevent me from going home or seeing my children?

Yes. In addition to jail time and other penalties, the judge can issue an Order of Protection (commonly called a “restraining order”) that prevents you from returning home, visiting your children’s school, and potentially even seeing your children at all. At the Law Offices of Jason A. Steinberger, LLC, our trusted Bronx domestic violence lawyer will fight to make sure our clients face consequences that are no greater than necessary.

The Elements of a Statute Matter 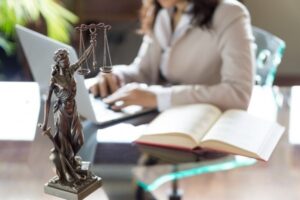 In New York, the criminal law with which you will be charged is called a statute. Generally speaking, each statute is defined by a list of elements. The government must prove that your conduct matches every element in the statute. And for each element, the state’s burden of proof is “beyond a reasonable doubt.”

It is important that you understand this: When we represent you, we are challenging the state’s effort to prove that you meet each element. That is not the same thing as justifying your every action.

You may not be proud of the way you behaved. You may realize that a situation got out of hand, and you may feel guilty about the way you handled things. But that does not necessarily mean that you have committed a crime within the specific meaning of the prosecutor’s statutes.

It is the job of your Bronx domestic assault attorney to show that you have not satisfied the elements, with the goal of having the charges dismissed and your reputation restored.

Along the way, it is your right to be treated with confidentiality, dignity, and respect. As a respected Bronx domestic assault attorney, I will show you the compassion you deserve.

In every case, our Bronx domestic violence attorney works hard to achieve the best possible outcome for our clients.

Get Started with a Bronx Domestic Violence Attorney

Domestic violence prosecutions in New York are very serious matters. Your future and your reputation are on the line. The sooner our Bronx domestic violence lawyer can get involved, the better poised we will be to protect you. Time is truly of the essence.

Please do not delay. Contact an aggressive and experienced Bronx domestic violence lawyer by calling the Law Offices of Jason A. Steinberger, LLC today.