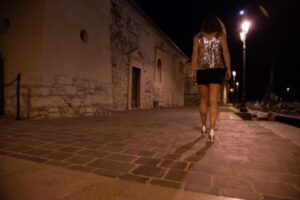 Being arrested for patronizing a prostitute or facing a similar charge can be embarrassing, overwhelming, inconvenient, and stressful. It can also have long-term consequences on your life, including fines, prison time, a mar on your record, issues with your career, issues with your social standing, and issues with your personal relationships. Because of these serious consequences, it is vital to find a criminal defense law firm in Bronx who can help you secure the best result possible based on the facts of your case.

At the Law Offices of Jason A. Steinberger, LLC, we understand that your reputation and some important aspects of your future may be riding on your case, and we have the knowledge and experience to make certain that you are treated fairly under the law. We handle a number of different cases related to New York prostitution charges, including:

We invite those who have been charged with a crime related to prostitution to learn about your rights and your legal options today. To schedule a free, confidential appointment with Bronx prostitution defense attorney Jason A. Steinberger, call our team today.

Patronizing A Prostitute: Understanding Your Charge

It is important to understand that sexual contact between two people does not have to happen in order to be arrested for a prostitution-related crime. Under New York Penal Code 230, a person is considered to patronize a prostitute when he or she:

Usually, escort services advertise in the Yellow Pages, newspapers, magazines, and on the Internet. True escort services are legal. It is entirely legal for one to pay another to accompany and spend time with him or her. The legal troubles arise when offers of sex are made or solicited.

Second degree prostitution promotion is a Class C Felony, punishable by up to 15 years of prison with a mandatory minimum of six years in prison. This charge is used when a person compels or knowingly profits from another person performing acts of prostitution through intimidation or coercion. This charge is also used when a person knowingly profits or otherwise advances from a prostitute who is less than 16 years of age.

Finally, first degree prostitution promotion is when an individual knowingly profits or otherwise advances from a prostitute who is less than 11 years of age. This is a Class B Felony, punishable by up to 15 years in prison with a mandatory minimum of six years.

Profiting From Prostitution: Understand Your Charge 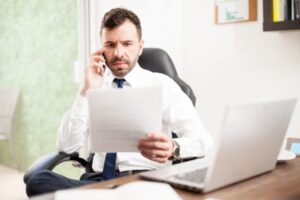 Permitting prostitution is a Class B misdemeanor, defined by having possession or control of a premises which he or she knows is being used for prostitution purpose in which the individual “fails to make reasonable effort to halt or abate such use.”

Compelling prostitution is a Class B felony that takes place when someone over 21 years of age “knowingly advances prostitution by compelling a person less than 16 years old, by force or intimidation, to engage in prostitution.”

Other Possible Charges Related To Prostitution

Those who have been charged with the above crimes may also be charged with related crimes, including sex trafficking, other sex offenses, money laundering, or falsifying business records. These are all serious charges that could result in fines, prison time, and sex offender status.

It is important to take all of the criminal charges seriously. Regardless of the circumstances of the charges brought against you, you will want to have the consequences of these charges minimized. Being convicted of a felony, with its possible punishments and a criminal record, may have long-lasting negative effects on your future. It is in your best interest to consult with an experienced, aggressive Bronx prostitution defense lawyer at our firm as soon as possible so that we may begin investigating and building your defense.

Our skilled attorney also handles other types of criminal charges cases such as:

To schedule your confidential and complimentary meeting with our lawyer Jason A. Steinberger, please call or fill out our electronic contact form.