Bronx Shoplifting Defense Attorney Jason A. Steinberger is a Former NY Prosecutor who has both prosecuted and defended 1000’s Shoplifitng Cases

Why are Shoplifting cases so serious?

Shoplifting cases are very serious cases because of the consequences that come with a criminal conviction for theft. Theft-related cases bear on the moral fiber of the person who stands accused.  Theft convictions raise concerns about the morality of the convicted person.  Those who are convicted of a theft charge will be branded as untrustworthy. As a result, theft-related convictions are the most important concern for employers and for those looking to adjust their legal status, the Department of Homeland Security.

What is the difference between Felony and Misdemeanor Shoplifting cases?

The main differences between theft-related Felony charges and theft-related Misdemeanor charges are the value of the property alleged to have been taken and the type of property taken. In NY, if a person is alleged to have taken property or possessed property that they did have lawful dominion over, and the value of the property exceeded $1,000, then he/she will be charged with a Felony theft case. If the value is less than $1,000 then the person will be charged with a misdemeanor.

Does it help if I was given a Desk Appearance Ticket for my Shoplifting case? 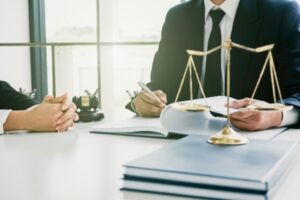 If you were issued a Felony theft case, all that means is that the arresting police officer determined that you were not a flight risk. The prosecutor may still request bail at your arraignment. Additionally, the prosecutor may request a jail sentence at your arraignment or any time after. Do not make the mistake of assuming that because you were given a DAT or Desk Appearance Ticket, your case is less serious.

Why is Jason A. Steinberger the Right Bronx Shoplifting Defense Lawyer for you?

As a proven criminal charges defense attorney, Jason Steinberger is ready and able to represent you in your theft case.

Our firm also handles other types of criminal charges cases such as: