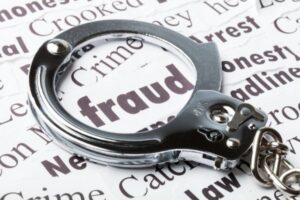 Fraud has become a real buzzword in prosecutors’ offices around the country, and especially here in the State of New York. There are a few reasons for that.

In the age of the Internet, fraud is more rampant than ever. The evening news brings recurring headlines about victims of fraud, and that has created an outcry in the general public. People have asked prosecutors to crack down on fraud in the digital era, and those prosecutors have responded with incredible aggression.

Also in response to those voices, legislatures have considerably increased the funding available to fraud investigators, creating an incentive within the law enforcement community to go after these allegations with fervor.

There are political incentives, too. District Attorneys campaign on their high rates of criminal fraud conviction. The public applauds, often unaware that many of those convictions may have produced tragically unfair results for the defendants.

We’ve seen this unfold at both the federal and state level, and even right here in The Bronx. New York prosecutors have gone after fraud allegations much more frequently in recent years than they did in the past, and they are doing so with disconcerting aggression.

As a result, good people get swept up in unfair criminal prosecutions or stings — often triggered by misidentification, police error, or an innocent mistake on the defendant’s part.

If you are facing criminal fraud charges in New York, you are up against an incredibly serious proceeding, with consequences that could prove devastating for your future.

You can count on the prosecution to do everything it can to put you in prison and maximize your penalty. You need an experienced lawyer to fight hard toward the opposite goal.

Maybe you’ve been falsely accused. Maybe there’s been a terrible misunderstanding. Maybe you simply made a mistake that has gone too far. Whatever the case may be, you need an experienced Bronx fraud defense attorney on your side right away.

This is serious business. The prosecution and police aren’t wasting any time in your case. You shouldn’t either. Hiring the right criminal charges defense legal practitioner could make a pivotal difference

At the Law Offices of Jason A. Steinberger, LLC, we are ready to aggressively defend you against every criminal allegation. Our goal is to achieve the very best outcome in every aspect of your case, beginning with a dismissal of all charges whenever possible.

Our chances are best if we get started soon. Please contact us today.

With a number of statutes available to them, prosecutors can go after suspected fraud in many ways. Often, these charges are brought alongside other, seemingly unrelated criminal allegations. Unfortunately, the definition of fraud in some statutes remains frustratingly vague.

Often, we see the charges in these cases ratcheted up. The prosecutor’s goal is to secure as many serious convictions as possible, and that frequently leads to overcharging (which can, in turn, lead to a dismissal of the charges against you once we go to work).

Some of the most common criminal fraud charges in New York include:

These are all serious charges, and there are many others that might arise in a given situation as well. You need an experienced Bronx fraud defense lawyer who understands each relevant statute, the elements required for conviction, and the strategies that work against aggressive prosecution.

Technology is important too. Because so many fraud allegations include some type of technological conduct, it is imperative that you hire an attorney who is familiar with the relevant technologies and has experience in defending fraud cases that involve a complex technological component.

You Need to Take Action Now 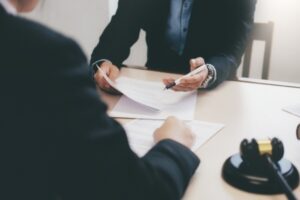 New Yorkers who find themselves under suspicion for fraud are often surprised by just how far law enforcement will go to put them behind bars. Prosecutors even utilize conspiracy statutes to nab people whose behavior is relatively distant from the underlying fraud.

At the Law Offices of Jason A. Steinberger, LLC, our Bronx fraud defense attorney is here to help you, not to judge you. We offer compassionate service, even as we fight aggressively to secure your freedom, protect your reputation, and bring stigmatizing investigations to an end.

We have many strategies and resources available to us, but we need to get started soon. The police may have made mistakes in investigating your case. Prosecutors may not have sufficient evidence to meet their legal burdens. The District Attorney’s office may even be willing to exercise discretion and drop your charges when we can demonstrate that your actions don’t match the allegations. But we need to act now.

The state is already working hard to convict you. The sooner our lawyer can step in, the better. The stakes here are extremely high. If convicted, you could face serious prison time, impossibly costly monetary fines, and a stain on your reputation and record. Let our Bronx fraud defense lawyer fight for you to secure the best possible outcome in every aspect of your case.

Call our office right away to get started with an experienced fraud defense lawyer.