JASON A. STEINBERGER IS THE BEST NEW YORK CRIMINAL AND DWI / DUI DEFENSE LAWYER TO HANDLE YOUR NEW YORK CASE. 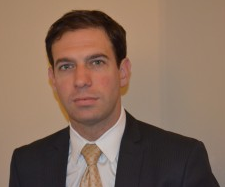 The Law of Offices of Jason A. Steinberger, LLC understands the importance of giving to the community by zealously representing those who need a voice in the Manhattan, Brooklyn, Bronx, Queens, Staten Island, Nassau and Suffolk, Federal & State criminal justice system.  During the course of Jason Steinberger’s career, he has defended adults, juveniles, organizations and businesses charged with criminal felonies and misdemeanors in New York State courts; Manhattan, Brooklyn, Bronx, Queens, Staten Island, Nassau, Suffolk, and Federal court.  Jason prides himself on listening to his clients when the police don’t and fighting against the injustices and inequities inherent in the New York criminal justice system.  To Jason, every client counts and every client deserves justice.  That’s why, in order to reach out to the metropolitan community, he has two convenient Criminal / DWI Law offices to meet with his clients, one in Manhattan, near Pennsylvania Station and one in the Bronx, near Yankee Stadium.

Jason Steinberger began his studies as a New York and Federal criminal lawyer while attending Hofstra University School of Law.  Upon his graduation, Jason Steinberger was rewarded for excellence in criminal law and courtroom trial advocacy with the George and Sadie Kruik award and scholarship for Outstanding Performance in Trial Advocacy.

While working for the Office of the Bronx District Attorney, Jason Steinberger gave back to the New York City community by teaching junior high and high school students the art of trial advocacy in both the District Attorney’s Office sponsored criminal trial competition and the Thurgood Marshall Criminal Trial Competition.  In 2004, Jason Steinberger was named an Adjunct Law Professor at Hofstra University School of Law where he teaches a trial advocacy and applied evidence course.