If you have been charged with reckless driving in The Bronx or elsewhere in New York, you need to understand that this is more serious than a speeding ticket or minor traffic infraction.

Unlike most routine traffic violations, reckless driving is a criminal offense in New York. It is considered an unclassified misdemeanor, which means it is less serious than a felony but still carries significant potential penalties.

These are not charges you can simply ignore, and you would be unwise to accept the punishment without a challenge.

Without an effective lawyer on your side, you are more likely to be convicted. A conviction for reckless driving in The Bronx results in:

In practice, judges rarely sentence reckless drivers to jail. They do have that power, though, and are more likely to exercise it in cases of especially bad behavior or a history of reckless driving.

If you’re facing reckless driving charges in The Bronx, the outcome is unpredictable. Unless the charges are reduced or dropped, you are likely to face significant hardship of some kind, and potentially time behind bars. A criminal record can make it harder for you to find employment in the future, and any suspension of your driving privileges can impact your livelihood too.

It is in your best interest to take immediate action with an experienced Bronx reckless driving defense lawyer.

What Is Reckless Driving in New York?

Practically speaking, drivers are typically charged with reckless driving in The Bronx after engaging in one or more of these behaviors:

Police often use New York’s reckless driving law as a kind of catchall for any kind of driving they deem dangerous. Unfortunately, that leads to a great deal of imprecision and uncertainty for drivers. The law is designed to be consistent and predictable, but in the context of reckless driving, we sometimes see police issue charges even when they don’t truly fit the defendant’s behavior.

How We Defend You Against Alleged Reckless Driving in The Bronx 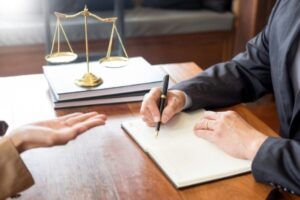 New York’s reckless driving law requires prosecutors to satisfy a great deal of very specific language before they can convict you. The standard of proof is “beyond a reasonable doubt,” and that burden is the state’s to bear — not yours.

You can count on a Bronx reckless driving defense attorney in our office to hold the police and prosecutors accountable to the highest standard of the law. We are often able to show that your behavior was not sufficiently dangerous or “unreasonable’” to justify conviction. In other cases, the police make mistakes that require the court to dismiss the evidence against you.

Our first line of defense, though, is with the District Attorney’s office. Because the reckless driving charge is vague and doesn’t always closely fit the defendant’s alleged behavior, we are often able to convince the prosecutor to reduce or even drop the charges.

Ultimately, we have a number of strategies at our disposal, and we will work tirelessly to mount a comprehensive and vigorous defense on your behalf. We’ve helped many other New Yorkers unfairly accused of reckless driving in The Bronx. Now we’d like to help you.

If you have been charged with reckless driving in The Bronx, you need to take the matter seriously and contact us, a criminal charges defense law firm in the Bronx right away.

We may very well be able to achieve a better outcome than the one you currently face. Please call our experienced legal practitioner at the Law Offices of Jason A. Steinberger, LLC to talk with an experienced Bronx reckless driving defense attorney today.