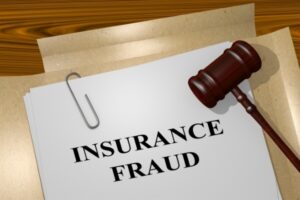 Insurance fraud is a serious crime. It’s one of the more frequently prosecuted white-collar crimes, and that’s because the alleged victims in these cases are powerful insurance companies that are determined to pay out as little as possible on any given insurance claim.

Indeed, that attitude among insurance companies is responsible for many of the unfair and unfounded insurance fraud investigations that happen in The Bronx and throughout New York.

If you are under suspicion or criminal charge for insurance fraud in The Bronx, you need to take immediate action to protect your legal interests and minimize the risk of spending time behind bars.

Insurance companies, police, and prosecutors work together on these cases, and they pursue them with astounding vigor. They will try their hardest to slap you with enormous fines and even put you in prison. If convicted, the penalties are severe.

It is possible, though, to overcome these charges without conviction. At The Law Offices of Jason A. Steinberger, LLC, we have helped many people achieve a dismissal of the charges against them in suspected fraud cases, often before the matter ever goes to trial. We also work to spare our clients’ reputations and bring hostile insurance investigations to an end.

There is hope in the face of alleged insurance fraud, but you need to take immediate action. Call our office to get an aggressive Bronx insurance fraud defense attorney on your side today.

The crime of insurance fraud can encompass a broader range of activities than most people realize. Any of the following may constitute criminal insurance fraud in New York:

Contractors and service providers are also common targets. The state may allege, for example, that you contracted to repair someone’s home using the homeowner’s insurance benefits but then bailed with the money before completing the service. Alternatively, you may be accused of having exaggerated or falsified a repair estimate.

Even insurance brokers and agents come under fire for allegations of misusing premiums or otherwise fraudulently marketing or selling policies to the public.

These are only some of the most common examples of insurance fraud. Almost any dishonest omission, conduct, or claim can give rise to criminal insurance fraud in New York. 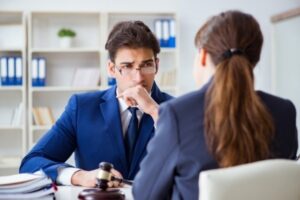 As any personal injury legal practitioner can tell you, insurance companies deny claims all the time — even legitimate claims. Their first interest is in protecting their own pockets, not protecting their policyholders, regardless of what the law requires of them.

If the stakes are high enough, insurance companies have even been known to resort to accusing their policyholders of insurance fraud — even when they don’t have sufficient evidence to back up such a bold claim. That kind of thing happens so often that the government has enacted laws to protect policyholders from aggressive insurance practices. Still, they persist.

If you’re facing an insurance fraud investigation, you may also be in the middle of a civil lawsuit pertaining to the underlying insurance claim. Nevertheless, once criminal allegations are involved, it is imperative that you seek the counsel of an experienced criminal defense legal practitioner.

The crime of insurance fraud may be one of the most over-investigated and over-prosecuted criminal charges in the American justice system. Greedy insurance companies can run innocent people’s names through the mud before the truth is finally revealed. That’s unfair, and it ought to stop. An aggressive Bronx insurance fraud defense lawyer can help.

Whether the accusation in your case is unfair or not, you need to take these charges extremely seriously. Insurance companies have entire departments dedicated to pursuing suspected fraud, and they enjoy the eager cooperation of aggressive police and prosecutors here in The Bronx.

You may be completely innocent. You might have made an honest mistake when dealing with complicated insurance forms. Perhaps you simply made an error in judgment that you now regret. Whatever the case may be, you need an aggressive NYC criminal defense legal practitioner as soon as possible — even if you are only under investigation and charges haven’t been filed yet. We can still help.

Attorney Jason A. Steinberger is an extensively experienced lawyer who’s been on both sides of these cases. He understands how the prosecution will proceed, and he knows how to counter their efforts.

There is a lot on the line, including your future and freedom. Please contact our office right away to get started with an aggressive Bronx insurance fraud defense lawyer.