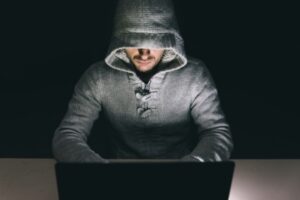 The last several decades have seen a significant uptick in criminal charges pertaining to identity theft in New York. Encouraged by the opportunity to use new technologies to boost their conviction rates, our state’s prosecutors have become increasingly aggressive in their efforts to charge New Yorkers with identity theft crimes.

Without question, identity theft is a problem. So too, though, is unfair and overly aggressive prosecution.

If you’ve been criminally charged with identity theft in New York, you are facing an incredibly serious criminal proceeding with potentially devastating consequences for your future. State and federal prosecutors take these charges extremely seriously, and they pursue them with alarming aggression.

Because the public is, understandably, concerned about the rising tide of identity theft in America, the law enforcement community has an enormous appetite for these cases. It is imperative for your future that you do everything in your power to avoid being swept up in their efforts.

Here in The Bronx, we have seen a particularly concentrated effort to crack down on identity theft. While that offers some benefit to the public, it can also produce terrible and unintended results — the byproduct of common police mistakes and technological misunderstandings.

Whether you’ve been caught up in a false allegation or you simply made a mistake, if you are facing criminal charges relating to identity theft in New York, you need an experienced Bronx identity theft defense lawyer on your side right away.

The stakes are incredibly high. Hiring the right lawyer can make an enormous difference in your chances of succeeding against a Bronx criminal prosecution.

The Law Offices of Jason A. Steinberger, LLC is ready to aggressively and strategically defend you with the unwavering goal of dismissing the charges against you and securing the best possible outcome for your case. Time is of the essence. Contact us today.

Why Criminal Identity Theft Charges Are So Concerning

Anyone under suspicion of identity theft in New York needs to act with wisdom and urgency. These are typically felony criminal charges and they carry potentially severe penalties, which may include:

Moreover, an identity theft conviction will likely make it very difficult for you to secure gainful employment in the future. The stain on your reputation could follow you for the rest of your life.

The charges are also concerning because these cases tend to involve technology, and prosecutors in The Bronx have tremendous resources available that will likely allow them to use technological evidence against you — even in ways that may distort the facts or your involvement in the case.

You need an experienced Bronx identity theft defense lawyer who understands cutting-edge technology, who knows how to counter the prosecutors’ efforts, and who is willing to fight not only for your freedom but also for your economic security and good reputation.

You can count on attorney Jason A. Steinberger and everyone in his office to aggressively go after the best possible outcome in every aspect of your case.

How Our Attorney Can Help 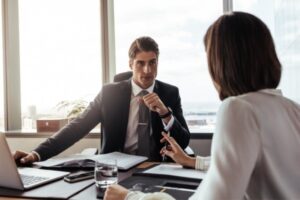 So many of these cases are prosecuted based on incomplete evidence, illegally obtained evidence, unfounded allegations, misidentified IP addresses, or a police officer’s mistake. Our office will work hard to investigate and challenge any evidence that might be used against you.

Even if you believe you are guilty of identity theft, you might be surprised to learn that the state can’t quite meet their legal obligations in order to convict you. We will hold prosecutors to the very highest legal standards at every turn.

Please contact us as soon as possible. Every hour counts. Even if you haven’t been arrested yet, the police and prosecutors may already be working toward a conviction in your case. You need an aggressive lawyer working on your side at the same time. The sooner we get started, the better — even if charges have not been filed yet. Please do not delay.

Hiring the best criminal defense legal practitioner may be the most important thing you do. In our office, you will find compassionate and caring representation. We are here to help you, not judge you. As a determined criminal law firm in the Bronx, we will fight to get the best possible result in your case.

Please contact our office to get started with an experienced Bronx identity theft defense attorney today.