Get Legal Help From Our Bronx Weapons Possession Defense Lawyer 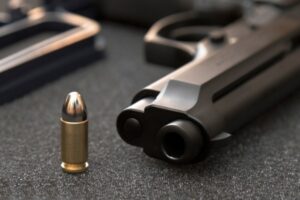 New York has some of the toughest laws in the country regarding firearms and weapons. While these laws are meant to protect the population and stem violence, they may also result in inappropriate charges that could change the course of your life. The consequences for the illegal possession of a weapon in New York are serious and could include:

If you are facing a weapons possession charge in the Bronx, Queens, Brooklyn, Staten Island, or Manhattan, you may need the help of an experienced, knowledgeable Bronx weapons possession defense attorney at your side. At the Law Offices of Jason Steinberger, LLC, we are committed to helping those facing these charges fully understand their case, and fight for their rights under the law. Let us help you secure the best possible outcome considering the circumstances by requesting a free, private consultation with a legal practitioner: (718) 585-2833.

What Is A Weapon?

Many people make the false assumption that only firearms are considered weapons under the law, but this is not the case. In New York, the legal definition of a weapon includes but is not limited to:

In addition, other items may be considered weapons if they are used with the intent to harm:

Bronx weapons possession charges are extremely serious criminal cases because of the inherent danger that weapons pose to those living in the area. Specifically, there are four levels of possession of weapon charges, all of which involve carrying an illegal weapon or carrying a weapon without a license.

Fourth Degree Criminal Possession of a Weapon is a Class A Misdemeanor and could result in up to one year in prison. This charge occurs when:

Third Degree Criminal Possession of a Weapon is a Class D Violent Felony and could result in up to seven years in prison. This charge occurs when:

First Degree Criminal Possession of a Weapon is a Class B Violent Felony and could result in up to 25 years in prison. This charge occurs when a person possesses more than 10 firearms or any type of explosive with the intent to use it unlawfully.

Possession Of A Weapon: Guns & Firearms 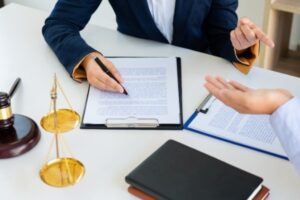 Any weapons possession lawyer will tell you that gun possession is the most serious of all the weapons cases. The reason is that simple possession can very quickly turn deadly. Sadly, every year, Bronx residents are shot either as intended targets or unknowing victims.  As a result, the steepest penalties for gun possession are if the gun is outside of your home or place of business, and if the firearm is loaded. If you are caught with an illegal loaded handgun in the Bronx, you may be charged with a felony that carries with it mandatory incarceration.

The only way to carry a legal handgun is to have the handgun licensed in the city. Very often, travelers to the Bronx bring their guns and think that there is no problem, as the gun is licensed in the jurisdiction where they live. Then, unfortunately, they find out that the laws are more restrictive in the Bronx only when it is too late and they are arrested.

Possession of A Weapon: Knives

It may seem odd that knives that can be purchased at everyday hardware stores are illegal to possess. But, it is true.

Most people arrested on Bronx knife possession charges are arrested for possession of a gravity knife. These knives are commonly used by people who work in construction and other similar trades. Simply possessing this knife, with no intent to use it unlawfully against someone else, can be the basis of an arrest and prosecution. There are, however, many laws that protect people who carry these knives. Speak with an experienced Bronx weapons possession defense lawyer and see if you can get your case dismissed or reduced.

No matter the details of your weapons charge, speaking with an experienced and knowledgeable New York criminal defense legal practitioner can help you understand your case and make the right decisions for you and your family. Working with our Bronx criminal defense law firm and an attorney like Jason A. Steinberger can also help you get the best possible outcome for your circumstances, helping you to avoid unfair convictions and move past this unfortunate time in your life.

Our firm also handles other types of criminal charges cases such as: